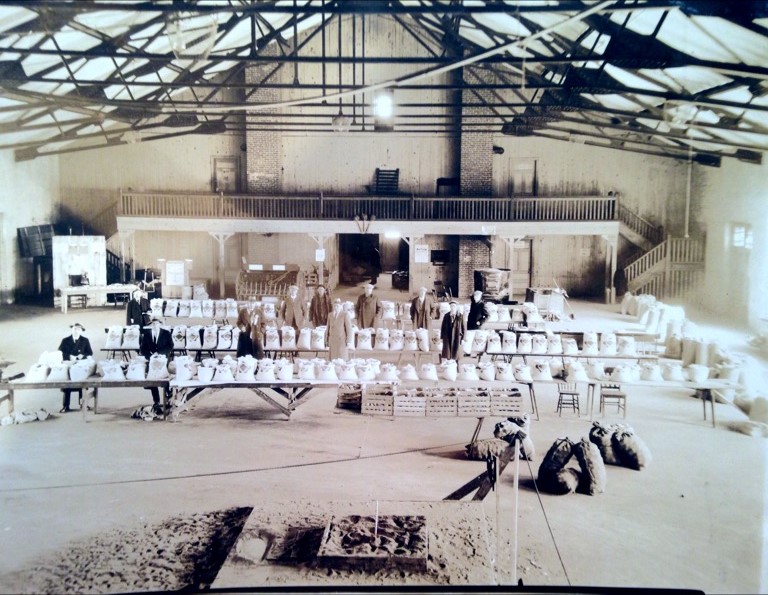 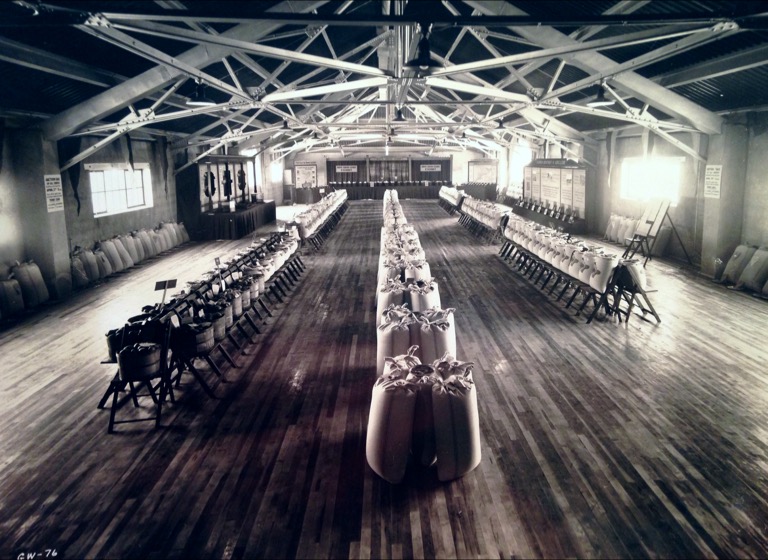 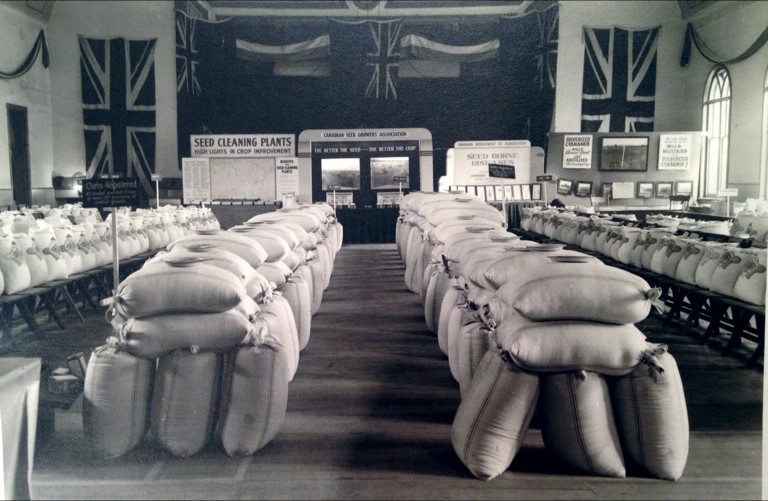 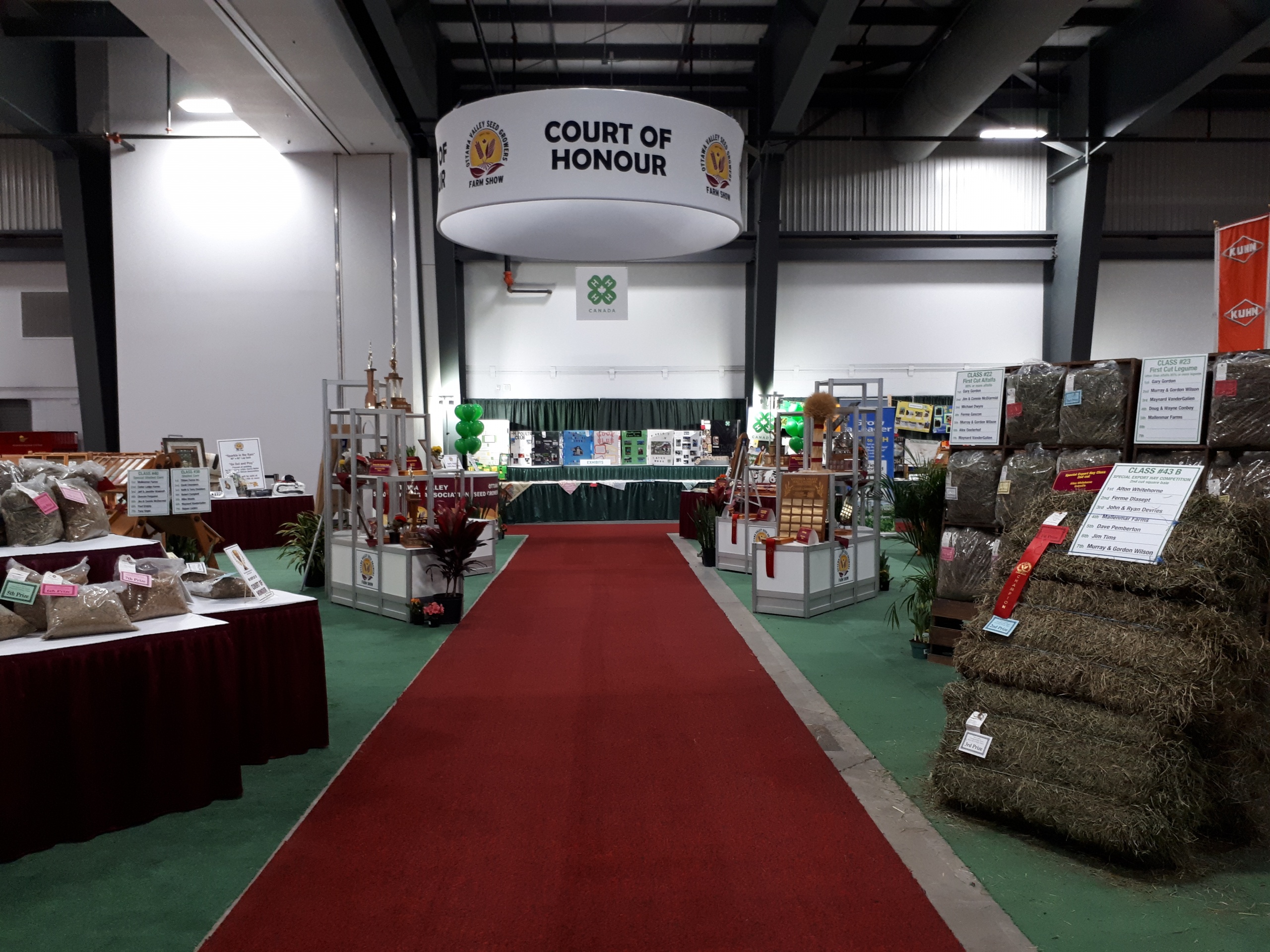 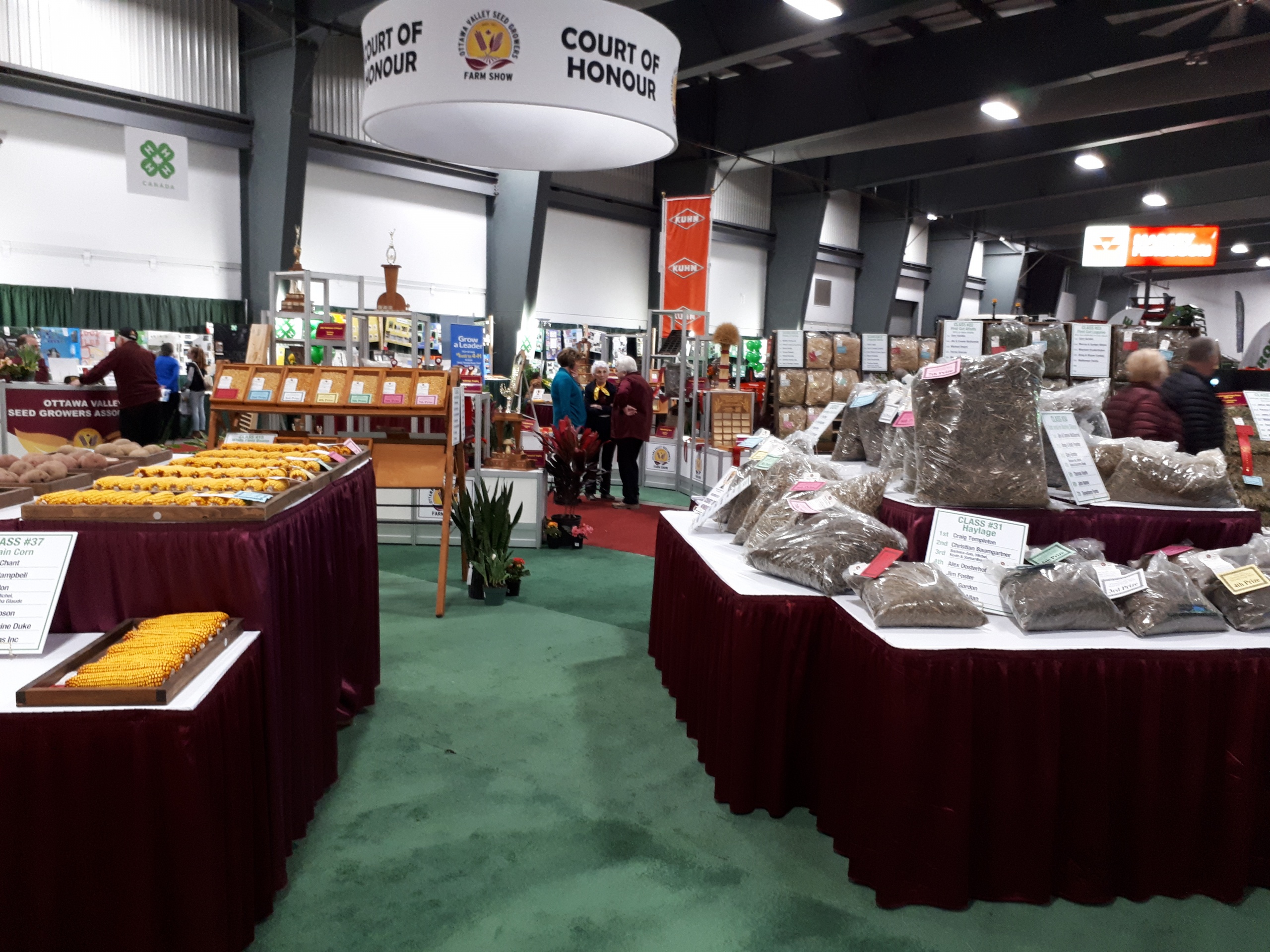 The Ottawa Valley Seed Growers Association traces back to 1927, after the First World War, when a group of Ottawa Valley farmers banded together with an aim to help one another merchandise their field crops. The OVSGA was formed, and J.H. Findlay of Arnprior was named the first OVSGA President. Together with the help of local agricultural representatives, the group held the first seed fair at Renfrew Collegiate. The introduction of new and better varieties, merchandizing of increased production, and the continual updating of agricultural information were the founding objectives of the Seed Fair, and continue to drive the modern rendition of the show.

The Seed Fair became an annual event, rotating throughout Eastern Ontario and Western Quebec, between the home communities of the association’s presidents. It travelled through Almonte, Pembroke, Kemptville, Cornwall, Perth, and many towns in between. It eventually developed into a Championship Seed, Feed, and Forage Show, where exhibitors were required to compete at the county level shows for the opportunity to bring their entries to the next level. Over time, the Championship Seed Show added equipment and trade show components, eventually becoming the Ottawa Valley Farm Show. In 1959, the OVFS settled into Lansdowne Park in Ottawa, where it remained until moving to its current location, the EY Centre in Ottawa, in 2012. OVFS is now Ontario’s longest running agricultural trade show with more than 360 exhibitors occupying over 200,000 square feet under one roof.

Today, the OVFS is an extensive tradeshow, bringing together farmers and industry professionals to facilitate networking and sharing of information. The OVFS continues to boast its seed show roots, proudly displaying the Court of Honour at the centre of the show. Days before OVFS, the annual Ottawa Valley Championship Seed, Feed and Forage Show welcomes top entries from all local county seed shows, seeing almost 200 exhibitors enter up to 600 exhibits. Entries are evaluated by a team of judges, and winning entries are then showcased in the Court of Honour along with 4-H field crop and life skills exhibits. The OVSGA recognizes and rewards the achievements of winning exhibitors at the annual Seed Show Awards Ceremony held at OVFS.

The OVSGA actively engages in the community through various events throughout the year, and is honoured to hold the annual Prestigious Pedigreed Seed Sale at OVFS. This auction sale, originally created in 1992 to showcase and sell quality pedigreed seed, now offers a range of pedigreed seed, products, and services. Thanks to the generosity of partners, exhibitors, and visitors, the sale has raised more than $180,000 for the Children’s Hospital of Eastern Ontario. Following the auction, many of the lots of pedigreed seed are donated to The Canadian Food Grains Bank.

The modern day OVSGA is a dynamic not-for-profit group, run by a dedicated volunteer board of more than 25 Directors. Directors are farmers and agribusiness representatives from across Eastern Ontario and Western Quebec. Each of the 11 Eastern Ontario counties as well as Western Quebec nominate a county representative, and Directors at Large (Regular and Honorary) complete the board. The association is deeply involved in the community, and celebrates and supports many local and agricultural charitable groups and initiatives, as well as agricultural research, knowledge, education, and advocacy. In addition to those initiatives, the OVSGA is proud to work with committee members and the OVFS General Manager to plan and host the annual Ottawa Valley Farm Show.

The Ottawa Valley Seed Growers Association is dedicated to engaging and supporting the agricultural community through numerous different initiatives across Eastern Ontario and Western Quebec.

To apply for OVSGA support for your initiative:

Forward your proposal or request well in advance of your event to info@ottawafarmshow.com. If you have any questions or require further information, we invite you to reach out to us.

OVSGA is a loyal member of:

As OVSGA celebrates 95 years of Ag in the Valley, we’d like to thank the many partners and sponsors who continue to support the show and all our other community initiatives.

Looking forward to seeing everyone when we join together again at #OVFS23. Until then, here is our “95 Years of Ag in the Valley” program with a look back into the history of the OVSGA.